I left the hotel about 8, leaving Pocatello, Idaho and heading toward Mountain Home, Idaho. A short ride, but after meandering around Twin Falls for an interesting few hours, I got caught in some really hot weather crossing the state. So I decided to make it an early day and use the time to do my laundry. 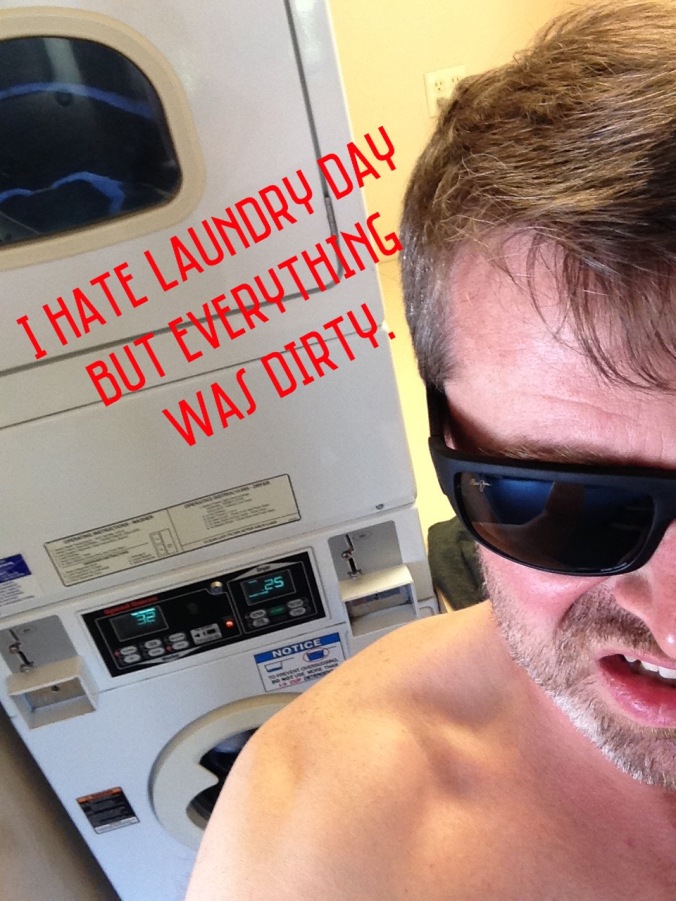 Most of the day paralleled the Oregon Trail. Type <pow> (You either laughed at that, or it’s not worth explaining. Anyway, I did not die of dysentery.

My original TENTATIVE plan was to visit Craters of the Moon National Monument, but the weather, and the effects of a forest fire burning 16,000 acres made me rethink that plan.

Twin Falls has a little something for everyone; Shoshone Falls, 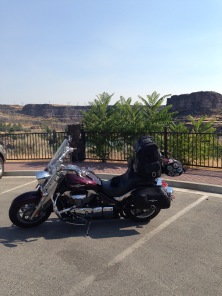 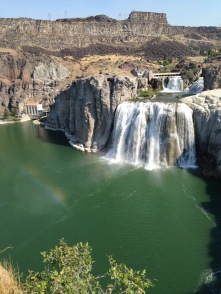 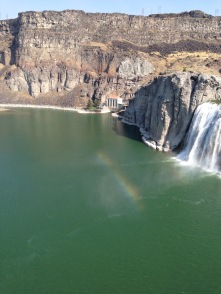 the Perrine Bridge (where BASE jumping is allowed without a permit all year long), 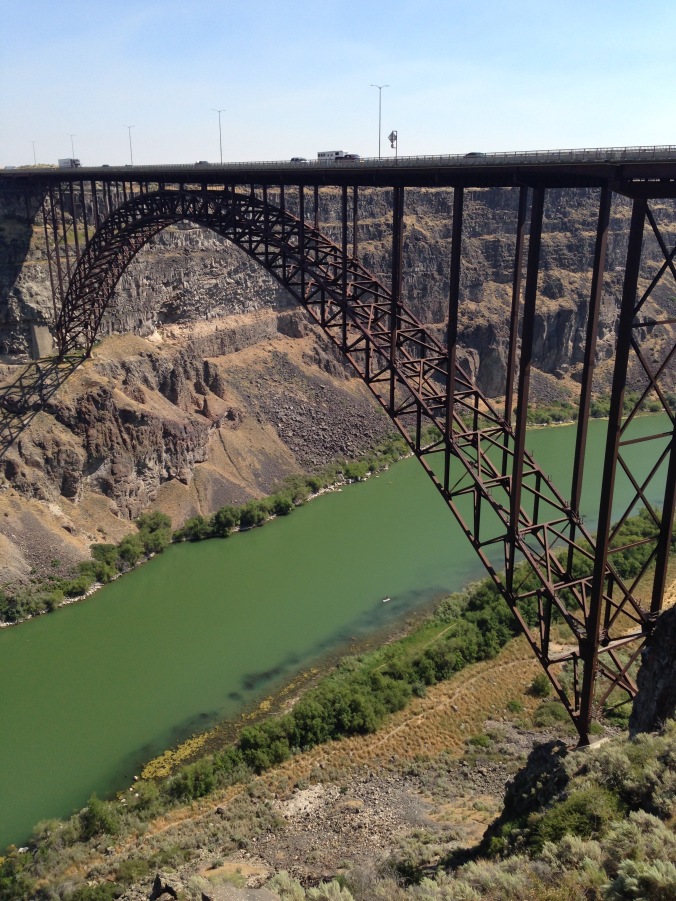 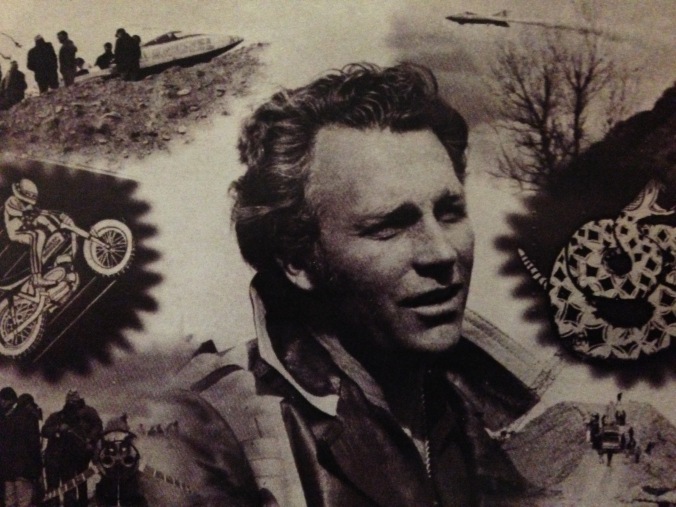 He jumped buses at Kings Island amusement park. I went to Kings Island amusement park. He jumped fountains on his motorcycle. I jumped paint cans on my bicycle. He attempted to jump the Snake River Canyon in a rocket. I attempted to jump the ditch at the end of the subdivision. He broke nearly every bone in his body. I was carried home by neighborhood kids when I crashed.

I remember September 8, 1974, glued to the TV as Evel did a speech before climbing into his Sky Cycle. Evel survived, but he didn’t make the jump successfully due to a parachute malfunction (the subject of a fierce debate in the 6th grade lunch room). It’s good to be here 42 years later paying homage to an important part of my childhood. 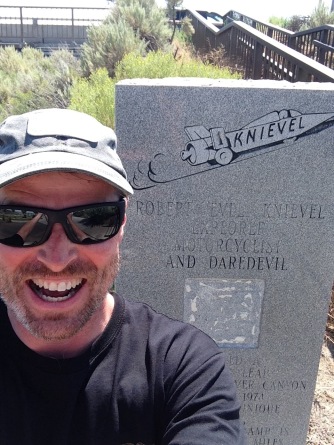 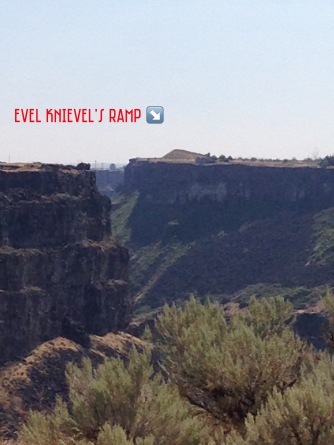 The Perrine Bridge is named for Ira Burton Perrine, a rancher and developer at the turn of the 20th century, who convinced people that irrigation could transform the area. He opened a hotel, served as a bank president, and convinced backers to finance a dam on the Snake River to help with irrigation. What they don’t tell you in the visitor’s center is that he was a terrible practical joker. 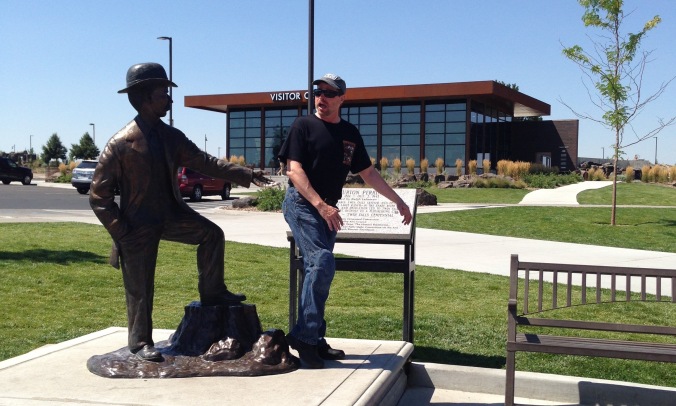 Oh, if you look very closely at this picture of the Perrine Bridge… 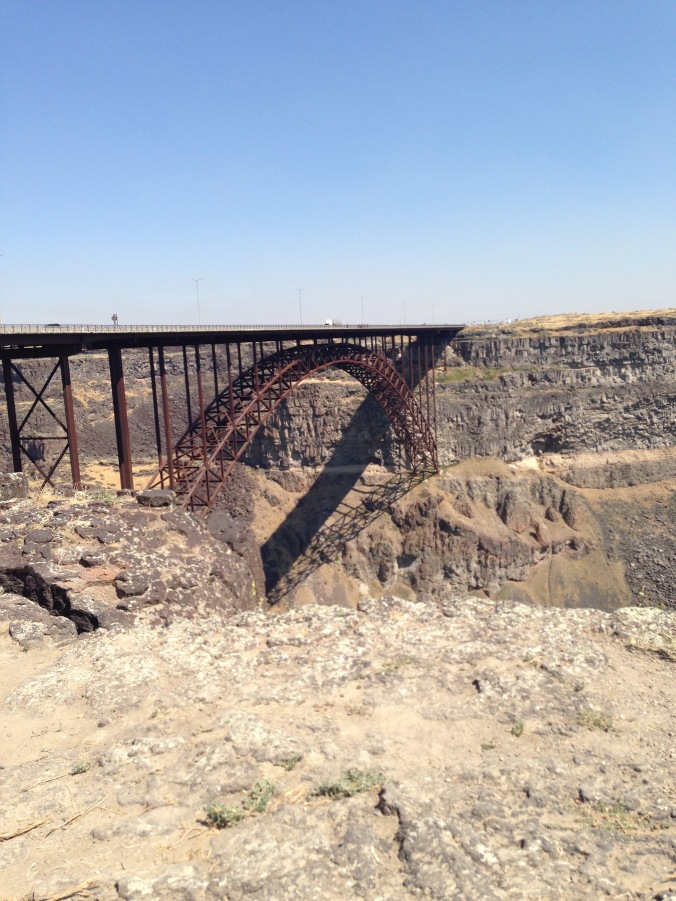 you can see a base jumper getting ready to leap. No joke. 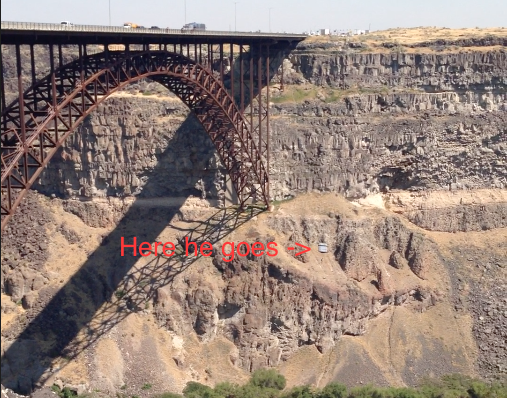